MISSION : “To enable quality education for  rural youth, Women and children, by which they acquire an employability skills and they lead the life of dignity.”  To create an access and impart Information and Communication Technology (I.C.T.) education and life skills training through sustainable technology solutions to the rural people.

VISION :   "Transform rural areas into digitally empowered societies.  e-education for all at their door step".

GOAL :   "To provide employability skills to 100+ youth as e-teacher & impart computer education covering 10000 +children in 25 villages in Rangareddy District by March, 2020. It is my endeavor to reach every child of the Rural Village in Telangana state".

The Project objectives are as follows:


2. To create an access to Information and Communication Technology / Information Technology and e-learning services and deliver sustainable technology solutions to all individuals and underprivileged sections of society at their door step in all rural / sub-urban villages across Telangana State and help them to realize their inherent potential.

3. To provide an opportunity to learn Digital literacy; Computer education; Soft / Life Skills education; Trainer of the Trainer workshops and allied Skill Training courses to all Children and Youth in all Government Sector Schools / Colleges & Institutions that would enrich their Knowledge and Skills which lead to Quality of Life.


4. Dharani Skills aimed to bridge the digital divide and bring about the much needed change to transform rural lives and unorganized communities including men; Women and able to create an alternative and sustainable employment option through Knowledge; Skills Training within in the Mandal Headquarters of each district.

5. To introduce and to create an access to the allied courses with affordable fees from National Skill Development Corporation, Skill India, Skill Development & Entrepreneurship, Skill Council and allied Government Schemes which would enhance the Quality of Life of Rural people,

1. We a team of 2 or more could reach out to all Government Primary, High Schools & Colleges in Villages directly and impart the complete theoretical education 90 minutes daily in each class/section, by which he/she can acquire knowledge to go ahead the practicals.

2. Quality of the content shall be delivered through Audio, Video, Charts & Posters etc.. Immense amount of care is taken in terms of curating the content for the masses such that it is easily palatable for the students across grades on Listen, Speaking, Reading & Writing (L.S.R.W.) concept.

3. The quality education is assured.

4. This helps mitigate a huge area of concern, assuming that we were to ask the interested students & other target groups to attend computer practical classes with affordable fees at a common centre where we establish Computer & Language Training Lab at each Mandal Headquarter in each District.

5. It reduces their time, cost and energy for leverage the technology & Skills. Hence, It all provides to customer benefits at their door step.

6. The fees structure is affordable compared to urban city..

After seeing the present Government sector Schools & Colleges are far priority of creation of I.C.T. tools Infrastructure and least concern about the technology and more over the complete lack of Instructors to teach the Digital literacy, Computer education & I.C.T. in all the Government Schools & Colleges.

#   Telangana has the 3rd highest level of unemployment among graduates in India. (New India express report 6-12-2017).

#  The existing infrastructure for skill development is inadequate. Telangana State is 9th place in Jobs availability.

#  Hence, there is an Urgent Need to intervene with Skill Development programs to correct the balance in Telangana State. ( Hans India Report 10-11-2017).

#  Many Children are studying in a Government Schools & Colleges. They are from a disturbed families where only the mother or father is a bread winner. They send their children to Government Schools / Colleges as they sees the children are as the only hope to pull their family out of misery. They believes that education is an important to live a respectable life in the society. They want to work hard and their children do well academically. They believe that with this Knowledge education & Skills Training, they can get a job in the private sector and change fortunes for his family.

Further, every year two lakh+ undergraduate students are coming out without the skills suitable at the industry level. As per data collected in the 60th round of National Sample Survey Organization survey shows that only 3% of the rural youth (15-29) and 6% of the Urban Youth have gone through that kind of vocational training. According to the N.S.S. statistics from 2011, it is found that the amount of Skilled population lies somewhere 7 - 10% in our country. However, the target is fixed by Government to take that number upwards of 50% by the year 2021, which is an uphill task.

In the process of Research & Development, the DHARANI LIFE  SKILLS PRIVATE LIMITED  finds as there is wide gap and need to bridge the gap between Government and Rural people.

We set up a Computer Lab at Taluq lelvel and imparting the I.C.T. / Computer education and e-skills TRAINING  at their door steps of RURAL Government School / College Children/Youth  & Women.IT  reduces their time, cost and energy both ends and our Training center is open week days at Mandal level, which serves as leverage to Public at large. It all provides to direct benefits to the targeted rural people. Hence, we committed to work “To empower the Rural people with Knowledge, Skills and Abilities (K.S.A. concept).” 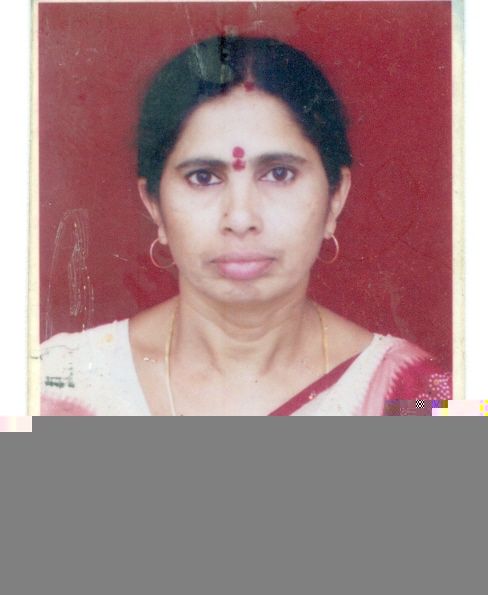 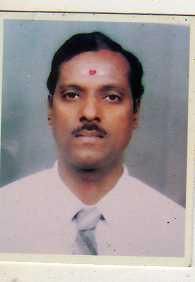 | ABOUT OUR FOUNDER
Mr. Muralidhar Atchula having a Passion and Commitment  and launched a Company “DHARANI LIFE SKILLS PRIVATE LIMITED” on 3-4-2019 and committed to promote the Mobile e-literacy education & Skills Training at their door step for Rural people. It  is a Social Entrepreneurial project with a passion and choice under Hybrid-Self Sustainable Model and support to Panchavati Rural Development Society, Hyderabad.  To serve the Society BETTER and pursuing as Innovative model projects to bridge the gap between Government and Rural Community. In the process of Research & Development, he find the MOBILE SERVICES (at their door step services) are relevant and need of the Hour to empower the Rural people with I.C.T./I.T. courses. Since 1990, he was involved in many Social organizations i.e. DDS, ANVESHI, Development Perspectives and Permaculture Association and allied commercial organizations.
# On 28-03-2007 he was appointed as Honorary Secretary in Panchavati Rural Development Society, Hyderabad and continuing till to date..

#       Under my Leadership – Panchavati Rural Development Society was selected and nominated as a LEADER IN VOLUNTEER ENGAGEMENT competition conducting by iVolunteer Awards 2018.

#       Onbehalf of Panchavati Rural Development Society I was attended as a CHANGEMAKER on the "Global Action on Poverty Annual Event 1-2-2019 to 3-2-2019 held at "GANDHI ASHRAM AND GUJARAT VIDYAPEETH". There are 250 Change-makers and 50 Change Leaders and 50 Eminent Speakers delivered the various topics on "Eradication of Poverty". It is a memorable and good networking among various sector people met.

#       I completed the 6 Month Training / Incubation program on “Entrepreneurship Development” organized by The Entrepreneur Zone & TIE-U, University of Hyderabad during the period from MAY, 2018 TO NOVE.2018 and Awarded the Certificate on 16-03-2019.

# He was imparted the computer education for Rural children 5 - 12 & 18-20 age group of youth in Shankerpally Mandal under the management of Panchavati Rural Development Society, Hyderabad 2007-2009.
# He attended one of the workshop – Common Wealth Dialogue on Poverty alleviation in 2001 at Grameen Trust, Dhaka.
# He was appreciated by General Manager-Head, State Bank of India, Local Head Office, Koti, Hyderabad on my presentation on Environment Education for School Teachers.
# He developed a resource material on Bio-Medical Waste Management for Nurses and staff. It was appreciated by Indian Medical Association, Hyderabad Chapter, Hyderabad. # He was associated with NIN officials (Nutrition Education and Adolescent Girls Health Prog.) , Centre for Environment Education wing (Environment Education in Schools) and ANGRAU (PRA training for Anganwadi Teachers) in 2006-2007..
# He worked as a District Observer for Hyderabad & Medak District under N.E.A.C. project supported by Ministry of Environment & Forests, New Delhi.
# He also developed an integrated approach Research Survey on Strengthening the 30+ Anganwadi Centres and support its Teachers and Children 3-6 years age group in Hayathnagar Mandal in 2012-13 with support of Sri Balaji.M., USA..
# In 2011-12 he designed a strategy with small budget for conducting Environment ducation in 35 Government High Schools imparting 10000+ children under N.E.A.C. covering Hayathagar, Uppal, Ghatkesar and Secunderabad Mandal in Hyderabad & R.R. Districts.
# With his efforts the Panchavati Rural Development Society have awarded the Intermediate Level – Guide Star India Transparency Badge 2016 on 5th April, 2016.
# He completed his Foundation Course in Social Work during 16th to 18th May, 2016 conducted by Roda Mistry College of Social Work & Research Centre, Hyderabad to become a professional in social work.
# He completed course on “Social Entrepreneur and NGO Management” from Feb.2016 to June, 2016 conducted by CSIM, Hyderabad.
# With his efforts, the panchavati secured Volunteers 6 Nos. From SPJIMR, Mumbai – PGP 2016 & PGM 2016 Internship Volunteers during the period from 20th February, 2017 to 20th June, 2017 to work exclusively on the Mobile e-literacy education & Skills Training project.
# He also successfully completed a Training Course “ Train the Trainer” program from 8th April to 16th April, 2017 and awarded a Certificate from B-Cube Consulting Private Limited, Hyderabad.
# Recently, he successfully completed the free online “Social Entrepreneurship 101: Discovering Your Passion and Path to Change the World” and accomplished a certificate by +Acumen through NovoEd on 19th May, 2017.
By doing all these years he became as a Trainer, Educator, and Social Worker and the past activities shown very immense satisfaction to him. Now, he want to promote the Dharaniskills as a Social Entrepreneur with a passion and choice as Self Sustainable Model with an exclusively Quality Assurance and support to Rural Community at large. 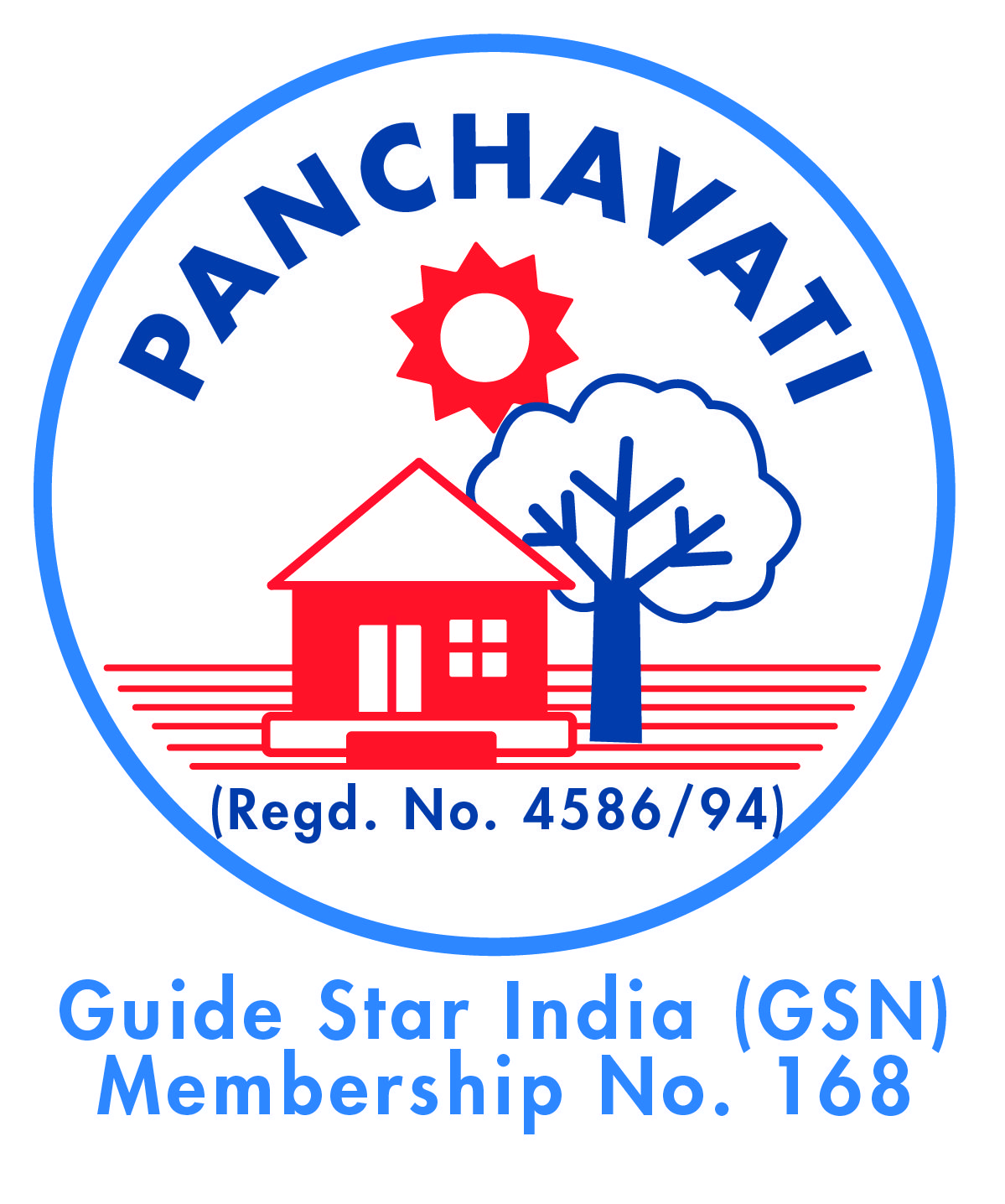